With all of the recent rain here in Los Angeles, I became curious and wanted to see what kind of rainfall we traditionally get here. I’m so used to the absence of rain, so living through these downpours made me think about our climate, what kind of rainfall we get, how much sun and ultimately how this may affect people’s desire to live here. The chart below offers a look at monthly precipitation averages as well as our average high and low temperatures. As of January 18th of this year, we are at 4.96 inches of rain. 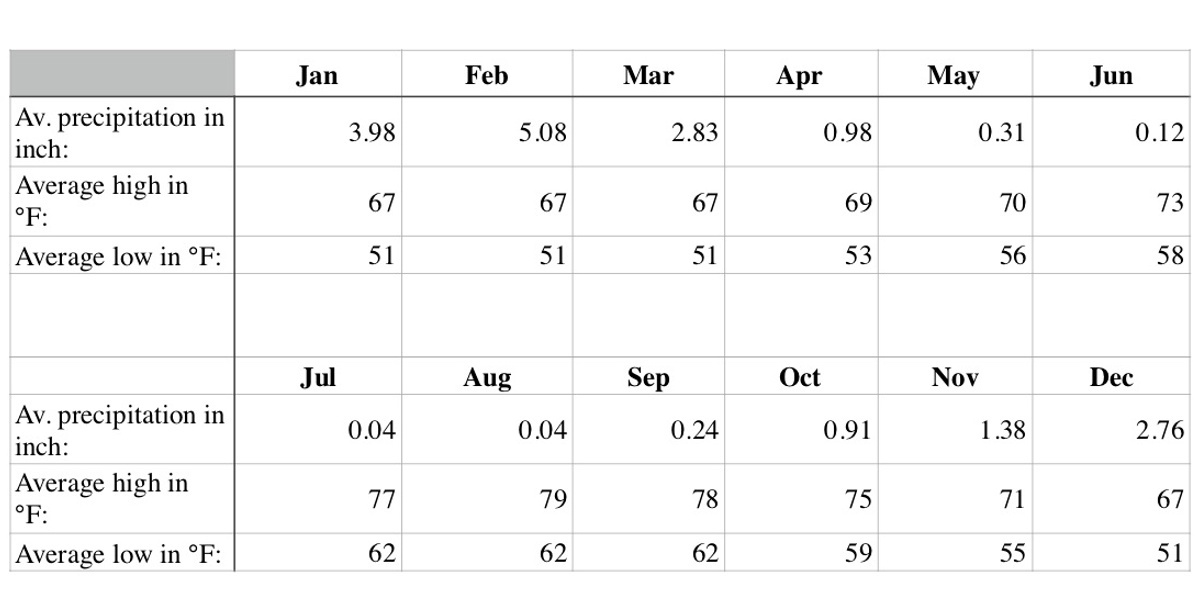 Here are a few more weather-related facts taken from the Los Angeles Almanac:

What about sunny days? On average, there are 284 sunny days per year in Los Angeles. The US average is 205 sunny days – I like that.

So, why am I sending this?

When we think about the value of real estate here in Los Angeles, let’s not lose sight of the real reason we enjoy living here – a reason why people have migrated to Southern California over generations. It’s our temperate Mediterranean climate. Climate is an integral driver as to why people have moved here for decades and this has created a huge demand on housing which pushes prices up. Check out the average annual lows and highs noted below.

I hope you are enjoying another beautiful Southern California day – rain or shine!

« It’s What’s Inside that Counts
Pies Anyone? »